One of the in-built features that have made Snapchat so popular is its ability to notify you when someone is taking a screenshot. Ever since the app was released back in 2012, people have been trying to work around this feature. Whatever scandalous, silly or stupid picture you are trying to screenshot, we have good news for you. There are several legitimate ways you can take a screenshot on Snapchat without them knowing.

We’ll explain these methods in the sections below. Maybe you just want to save a funny meme they sent, or perhaps something more NSFW. However, please note, taking a screenshot on an app that doesn’t permit it is technically an invasion of privacy. Hence, we are not responsible for any damage this could pose to your relationship with your Snapchat friend if you were to be caught.

Methods To Screenshot on Snapchat Without Them Knowing

Here are several methods you can use in order to take a screenshot of someone’s snaps without them knowing. Not all methods will provide you with quality images. However, you’ll definitely be able to view that image longer than the few seconds Snapchat provides.

Method 1: Use a Screen Recording App

One of the easiest ways is to use a screen recording app, which will save a few seconds of the snap as a video. This video will be saved onto your phone and you can watch the video or take a screenshot of the video to have a still image. Here’s how you do it, for both iOS and Android.

First, you’ll want to make sure screen recording is enabled in your Control Center. Therefore before you begin, go to Settings>Control Center>Customize Controls and then press the ‘+’ next to Screen Recording. Next, follow the steps below:

You can now view the video in your photos app. If you wish to screenshot an image from the video, playing the video and pause at the moment you want to screenshot. Now press the power button and any volume button simultaneously to take a screenshot.

For Android, some models come pre-built with a screen recorder. However, for the benefit of the general public, we recommend you download a Screen Recorder app. We decided to go with this Screen Recorder due to its ease of use. However, you can choose from any of the hundreds available on the play store.

You can similarly take a screenshot of your saved video to save a still image. On some phones you will have to hold the power button for a few seconds, then select screenshot. Otherwise, press and hold the Power and Volume button at the same time to take a screenshot.

This method is very simple and takes advantage of how Snapchat requires a network connection for its features to work.

Now, this method is probably the simplest of all but will not produce the same image quality as the previously mentioned images. Nevertheless, using another phone’s camera has the least chance of being caught. To do this is fairly simple:

We hope you found the methods or simple hacks listed above easy to follow and helped you to screenshot on Snapchat without them knowing. Nevertheless, we don’t necessarily recommend taking a screenshot of a very personal image on Snapchat.

However, if you feel as if your friend would have no issues with you taking a screenshot, these may be the best methods available to do so. 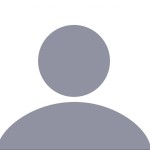